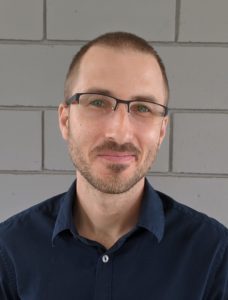 Tim has been the Director of Student Ministry at Church of the Redeemer Anglican since January 1, 2018. He has a long history in student ministry, both participating as a student and working in it occupationally. Tim began working as a Youth Pastor in 2010. Since then, he has served with multiple churches, implementing various models of student ministry. Tim earned a Bachelor’s degree from Florida State University in Philosophy and a two year certification in “Spiritual Formation and Congregational Development” from the Ambrose Institute at Nashotah House Theological Seminary. Tim grew and his wife, Ana, grew up in the Tampa Bay area. They married while in college (December 2006) and have a young Son, Samuel, who is often seen running around the youth room.

Currently, Tim and the Student Ministry Team are focused on robust opportunities for students to follow Jesus into mission!

Tim can be reached at journeyman171@gmail.com.